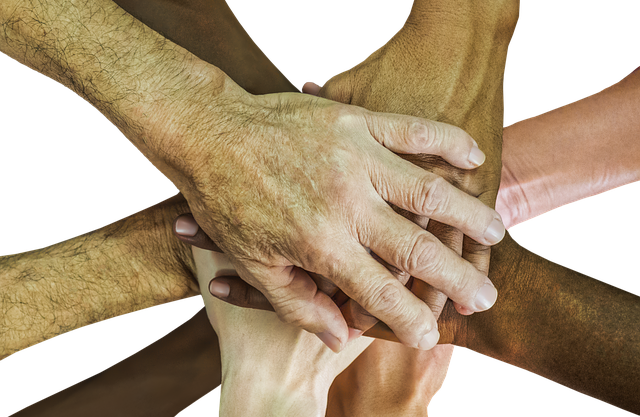 Why Racism is Quite Meaningless

The history of racism continues endlessly. Why is it never-ending?
Many people do not know God’s origin’s ideas, and misunderstanding spiritual truth is a significant cause. You would change your mindset if you could see this truth.

At first, the brilliant essential God in the 23rd dimension created countless souls equal in the heavenly world. God created the law and principle of” The law of attraction” and” The law of cause and effect,” etcetera at the same time.

We were God’s children that lived in the heavenly world.
We as souls have lived to get along together happily in the heavenly world.
In such a background, their personality and capacity differences have appeared as time goes by.
So their living place caused dimension exactly themselves matched by them because the law and principle have worked.

For instance, most souls lived in the heavenly world of the fourth and fifth dimensions. Naturally, everyone as the soul has worked various types of jobs to live happily with flourish themselves.

The souls who contribute as leaders to society and discover and develop helpful stuff have appeared in the heavenly community. Those souls relatively were elderly. As a result, they spontaneously have raised dimensions where they live.
They could live higher dimensions near God as sixth, seventh, eighth, ninth.
However, it could not expect countless souls to grow up more than this because they have satisfied their living.

And then, At last, God’s eldest son, who exists in 16th dimensions, has suggested to the essential God to create this 3D material world for educating countless souls.

It is a big universe where we live. God’s eldest son has considered creating the place of an educational purpose for all souls to grow up by experiencing various locations and planets.
And the eleven Gods who existed in the 13th dimension have been cooperated, creating the enormous universe of this 3D material world.
Therefore, this 3D material world we live in is a specific world compared to more than the spiritual world of the fourth dimension.

The different planets have the concept of education adapted to each planet, moreover, prepared a particular physical body that can endure the planet’s environment. The physical body exists a kind of 50,000 as prototypes of humans, animals, insects, fish, plants, dinosaurs, and so in the universe.

God created those physical bodies to adapt to each planet’s environment. God has created various physical bodies based on diversity because all souls can accumulate diverse wisdom from different experiences and knowledge on each planet.

Extraterrestrial life or aliens usually indicate those prototypes.
Each planet’s God has transformed and replaced to a new shape that matches the planet’s environment using its prototypes.
First, planetal humankind was created, and then, plants, insects, dinosaurs, fishes, animals, etc.
Microorganisms have existed since the planet was created to arrange the environment for creatures living.

Misunderstanding About the Origin and Creation by God

Most people may have misconceptions about creating various stuff by God because they have the wrong information that God created all items in only this 3D material world.
In fact, God has created those items in more than the fourth dimension. And then, God has expressed them in this 3D material world using materialization phenomena and magic.
This thing is factual.

Gods as Teachers on Countless Planets

And then, Gods as education representatives were assigned to each planet. Those gods existed in the 9th dimension that has the highest on each planet.

For instance, regard to the earth, they who existed in the 9th dimension originated new religions in different places and periods for education, such as Buddha, Moses, and Jesus. They taught spiritual truth, but the quality and quantity of teaching are different depending on period background, places, and the recognition power of people.

The gods raise our souls using their original way that is adapted to each planet.

Original Ideas and Rules by Planets

In short, the physical body is like a suit limited to living with materials on the planet.
For instance, when we are born from the fifth dimension of heaven to this world, we need to wear that.

The Earth has Reincarnation System

Gods of the earth created a reincarnation system for all souls to grow up by experiencing various places and different periods. Each soul has to grow up toward God. We need to obtain true wisdom from knowledge and experiences when we are alive in this world. Wisdom can gain from learning, working, human relationships, and in different places and periods.

We reincarnate from heaven to this world and return to heaven.
We have to repeat that cycle until growing up on this planet through the reincarnation system.

The cycle or period for reincarnating depends on the dimension where souls live, but the cycle is from around 100 years to 500 years. The souls of the higher dimension live in the heavenly world for an extended period, but meanwhile, the souls who live in the fourth-fifth dimension need to be reborn many times.
In addition, if the soul goes to hell, the soul steps back like a flunked student.

Our Entity is Spiritual Existence without Physical Body Depended on

This 3D material world is not our final abode because existing for educational purposes. Currently, many people have misconceptions and wrong recognition about that. It is a big issue that materialism and materialistic scientism are popular.

The mind does not exist in the brain because the mind is not material.
Unfortunately, many people who believe in those mindsets can not get back to heaven. They are easy to go to hell.

I confirmed those situations because I talked with them existed in hell. It is difficult to persuade after death.
I want to recommend you should improve such a mindset and believe in God when you are alive in this world.

However, all people after death have to get back to the heavenly world someday, even if they go to hell or to be ghosts. Because all souls continue to be alive forever as God’s children.

Racial Discrimination is Quite Meaningless

In conclusion, essentially, we who are alive on this planet or in the universe do not quite make sense to have racial discrimination because we are God’s children and have to wear various types of physical bodies by planets.
Moreover, there is no space to argue if aliens exist or not on the other planets.

This 3D material world is a specific world for education. Real-world is a beautiful, substantial heavenly world where our hometown is.
Our entity is spiritual existence, and all souls are God’s children and are brothers who proceed to the same goal.

The way of thinking without racism can realize by knowing who we are.