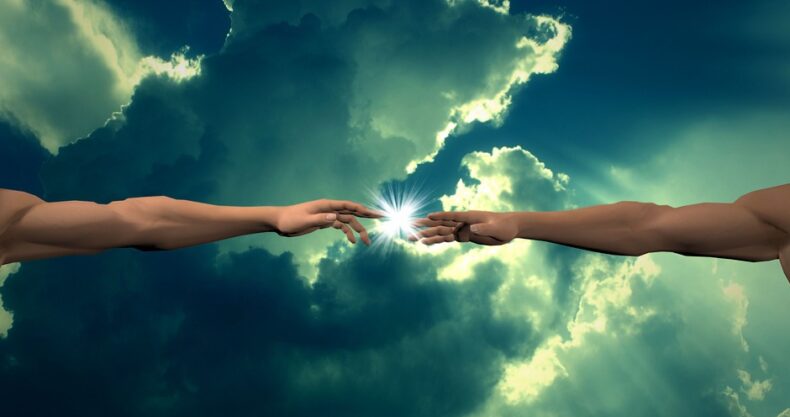 The exorcists, shamans, mediums, spiritualists, and religious leaders should be careful of what unbelievable event happened on the planet.

The devils or demons who you have feared already went to heaven to give up their jobs. They left hell last Christmas season, 2020.

Unbelievable, Many Devils Went to Heaven

The devil Lucifer, called King of hell, disturbed Buddha, and the devil Beelzebub who tempted Jesus in the past. However, Lucifer and Beelzebub went to heaven.

And then, Lucifer’s wives, devils Amariel and Asteria, also went to heaven.
Moreover, many well-known devils in the world went to heaven. (I can’t reveal other devil’s names here because it’s already indicated in my published books )

The Miracle, all Hell’s Spirits also Went to Heaven

As a result, all hell’s spirits could go to heaven in rapid succession one by one throughout two months and a half by the middle of March 2021. The total number of hell’s spirits population is more than three billion.

Therefore, if the exorcists, shamans, mediums, spiritualists, and religious leaders in the world called well-known devils names, they would not appear anywhere. Instead, the different one would pretend to impersonate. Thus, Be careful!

Who is the different one? It is not the souls of the earth but, I can’t reveal it here yet.

All Spirits of Hell Prepare for Entering Heaven

In fact, although the hell’s spirits, including devils, went to heaven, they can’t enter heaven immediately because they stay at places like hospitals. They have to purify their dirty minds, which were accumulated during a long stay in hell.

I hope If the person who has the special ability to confirm this situation of hell exists in the world and, for instance, the exorcist, shaman, medium, spiritualist and religious leaders in the world can recognize hell’s situation had changed completely.

However, all hell’s spirits were left from hell completely. If no one existed in hell, the person who has the special ability would probably recognize this hell’s situation.

However, after that, unprecedented and unbelievable, another event happened into vacant hell.

I will tell you about another event in the other article in this blog, but I have to say in advance why devils and other hell’s spirits had to go to heaven.

How did I Persuade Devils and Hell’s Spirits?

I knew that significant crisis events would happen on the earth. That is, humanity, hell’s spirits, and all creatures would disappear from the earth instantly.
Therefore, I persuaded them to go to heaven after they understood why the earth would reset and what would happen.

The devils have often come to my house to disturb me. Thus when they came here, at last, I revealed the future truth.
Fundamentally, I can summon them anytime, anywhere, even if they stay in opposite places on earth, and talk to them using telepathy.

My Mission Made me so to Them

Therefore I decided to carry out the mission to save many people who are alive in this world. That means that I will improve their minds and lead many people to heaven as souls without a doubt when the earth reset.
I can not help them after the reset happened because many people could go to hell. Thus I needed to tell you that fact.

The Reason that Devils and Hell’s Spirits Go to Heaven

In fact, currently, if the rate of people who can’t go to heaven is approximately 70 % from the result investigation so far, 5.4 billion out of 7.7billion will remain in hell on the earth after reset. And after a couple of hundred million years, they will start their life from the primitive age of the dinosaurs on the earth.
On the other hand, the souls who went to heaven start moving from the earth to the other planets. There is a scenario like this.

Hence, I came up with the idea that hell’s spirits of more than 3 billion, including devils, should lead them to go to heaven in advance because I didn’t want to put them in the situation that they didn’t know what happened on the earth.
Thus I told them that the earth would reset shortly and persuaded them to go to heaven.

The devil Lucifer, Beelzebub, Amariel, and Asteria have disturbed my behaviors and ideas since before. Thus, it was easier to tell them that fact. They were shocked when they heard it first, but they came to my house to confirm it many times.
I made them go to heaven because they understood why the earth would reset.

You can read the below article about why the earth has to reset.

To be continued →→→Shocking News! Part’2 “Extraordinary Events in Hell”

Why do those Who Lose Faith are Increasing?Prev post
“The Law of Anti Attraction” Not Easier to Infect VirusesNext post