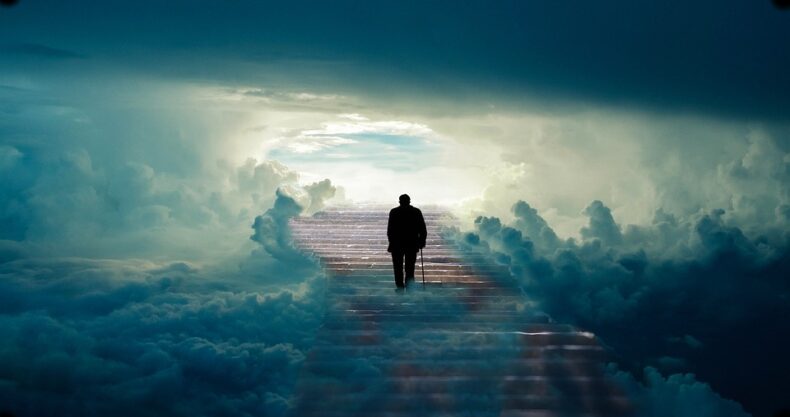 The after-death world or after-life definitely exists.
After death, our souls are basically going to heaven by the guide of angels. But souls who can not accept and can not recognize their death can easily become a ghost who will wander in this world.

Why Ghosts Increase in the Modern World

Aside from ghosts, there is also the existence of the devil and evil spirits in hell who have attachments with places, persons, substances, power, and money.
After death, all people abandoned their physical bodies and would become free as souls. Still, the way to proceeds is different depending on how they had the way of being alive so far because it depends on what kind of belief and faith they had while all people were alive.

If they have wrong thoughts and behavior without the right faith, most people go to hell directly after death or stay at the wandering place near this world without going to heaven.

Human beings after death who have this situation are said “ghosts.”

This is such a serious problem that the number of people after death who can’t go to heaven increases and becomes ghosts by nearly 70 % nowadays, including hell spirits who went to hell directly.

The Real Reason We Call Them “Ghosts”

Because they most likely continued to misunderstand the ’ essence of human beings while they were still alive, they are still attached to money, substances, or persons. So they can’t believe the advice for going to heaven recommended by guardian spirits.

Ghosts do Not Realize Death Themselves

They are even convinced that they are still alive in this world because they misunderstand that they still have physical bodies despite spirits’ bodies, and they don’t think that they are already dead.

Additionally, it was amazing that I could see this same scene without feeling unease as when I saw the scene of this world as my soul through another world.

Undoubtedly the Existence of Ghosts

Besides, I can talk with many ghosts wandering and suffering in another world next to this world, consequently persuading them to go to heaven. I continued this journey, and I persuaded them until I convinced them of this fact for 30 years.

As a result, undoubtedly, I was convinced that the after-death world and afterlife exist.