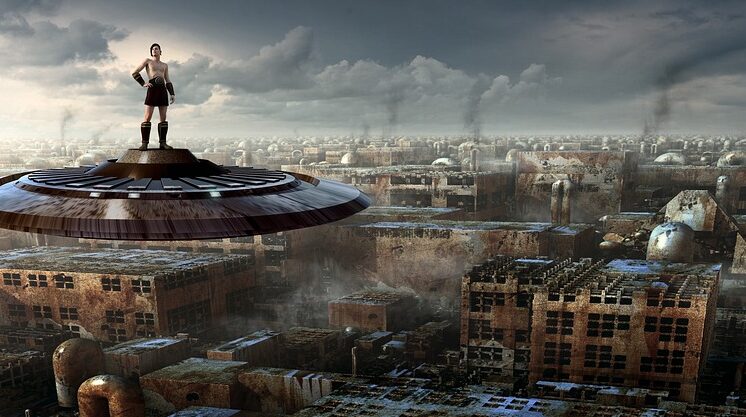 This story is real and nonfiction that I have been experiencing.
I can communicate with the existence in the various dimensions in hell or heaven anytime anywhere because I can use supernatural powers, such as psychokinesis, telepathy, and clairvoyance,etc.

Therefore, I have focused on hell to improve them because I have known the severe situation that many devils and evil spirits in hell have intervened with this world.

However, I recognized the serious situation was in hell also before that. Many evil aliens had already stayed in hell for a long time from the past to dominate human minds and formed with existing many shadowy organizations.

Evil Aliens Who Have Stayed in Hell Since Past

I had to fight with many evil aliens formed with shadowy organizations since the old past in hell in China to destroy those organizations because they have supported the evil forces on the planet from hell to expand them.

For example, They apply the scientific technology of other planets and research viruses not existing on the earth and repeat the human body experiment and genes manipulation to create many cyborgs and biological weapons to dominate the world to provide to the evil forces of this world.

Therefore, I wanted to weaken and destroy the support from hell as the backbone of the evil forces in this world because I knew this fact.

Process And Background So Far

This fierce fighting started in January 2021 and still continuing in September 2021 that I write this article.
You may not believe this, but the total number of evil aliens that I fought is more than a couple of one-hundred thousand.

At first, last Christmas season in 2020, I persuaded the devils to go to heaven. After that, all hell spirits of more than 3 billion went to heaven after following them for two months and a half.
Meanwhile, I have communicated with more than 200 evil aliens many times who stayed from the past on this planet to research the circumstances of aliens.

However, I immediately created the earth window to welcome and meet them. “You have come here by accident. Still, You should not communicate with the existing shadowy organizations to cooperate with them in hell on this planet.” I said to them.

To tell you the truth, every day, I have met with 500 evil aliens from morning to evening back then. Still, after that, 7% of them out of 500 came to my house to assault me from night to morning because they responded to my speech, “Do not cooperate with existing shadowy organizations!”

Unbelievable events happened. No one can see the ferocious alien’s existence because they are invisible in the fourth dimension, but I can see them.
I needed to fight the countless new evil aliens who came to the earth.

They suddenly appear through the window, wall, ceiling, and floor because they exist in the fourth dimension. I could not quite go to bed because I perfectly became like a swordsman or samurai to take a fighting stance and set for fighting the whole night. I fight with real swords like”Demon Slayer.”

However, if I was defeated, my soul body injures and continue to have stinging pain and bad condition firmly until recovering.
Thus, I can not afford to lose absolutely.

However, I continued to lack sleep for more than two months and a half because of fighting.
I was able to recover from terrible tiredness to obtain energy and spiritual power from God every morning. Even more, God has supported and advised me with fighting and gave me unknown power or witchcraft.

I defeated my opponents, and they surrendered with every fight.
After that, I immediately persuaded them why they should not cooperate with shadowy organizations.
I told them, “If shadowy organizations expanded speedily by adding new evil aliens, this planet would reset quickly,”

Some of the evil aliens were convinced by my speech and changed their minds and they joined me.
And they have been fighting the enemy while they joined me as a guard “Convoy” after that so far.

The number of Convoy members has increased gradually every fight. That thing was best, as a result, to prepare for the other terrible fighting that would start after that.

Thus they declared war on me, who was disturbing them.

Since then, Their shadowy organization’s bosses and leaders came to my house in advance to declare war.
They were bringing members one after another to fight until morning from the night.
Meanwhile, when I fight with shadowy organization members from night to morning simultaneously, I have continued to meet more than a couple of hundreds of new evil aliens from morning to evening every day for two months and a half to warn while suffering a lack of sleep.

And then, eventually, Convoy and I could destroy many shadowy organizations in hell on this planet.
The total number of organizations, including small or big, was more than 50 thousand organizations, and the number of evil aliens who worked there was 500 thousand. I conducted many rituals to pray to be forgiven by God with them after they surrender from fighting.

Still, I especially moved bosses and leaders to other harsh planets using teleportation magic instantly because they rebelled against me.
Moreover, the release of the shadowy members started to take revenge on me due to the destruction of shadowy organizations, and they lost their bosses or leaders.
As a result, It’s a continuous fight without end.

Shocking News! Part’1 “The Miracle in Hell” ←←←to Go back

Shocking News! Part’2 “Extraordinary Events in Hell”Prev post
What is The Key to Opening The New Future?Next post