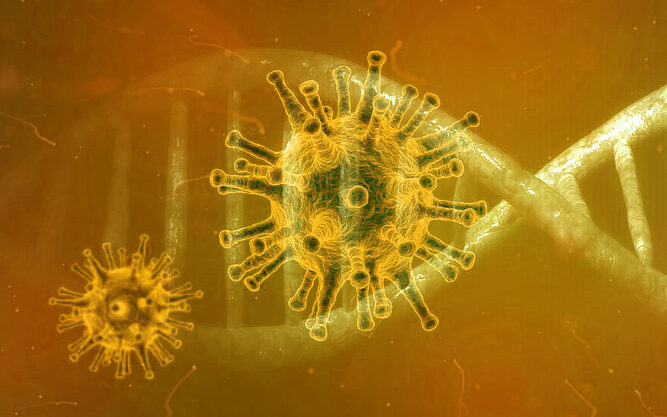 Reducing vulnerability to the virus relies on the mindset in daily life because “The law of attraction” works between humans and viruses.
Currently, amid Coronaviruses, infection prevails globally, and many people will fear being infected. Thus, many will expect the effect of vaccines.

However, human beings are not created to be easily defeated by microscopic viruses because they have the healing power of nature.
The mindset that everyone can draw the healing power of nature will originate from understanding “The law of attraction.”
If everyone could understand its mindset, I recommend the opposite mindset of it. It is “The law of anti-attraction.”

Everyone will be able to overcome coronavirus infection by drawing the healing power of nature as long as having a strong will, efforts, and beliefs based on this mindset.

Should know “The Law of Attraction”

Generally speaking, “The law of attraction” is the law of the universe, and everyone is benefiting anytime, anywhere without recognizing it.

When considered so, Viruses have negative and adverse movements that damage or possess and occupy the cells. Thus, if human beings having viruses maintain a negative mind, it is easier to accept and increase viruses to the body.

Therefore, all people should improve from negative to positive mind because human’s negative mindset attracts viruses by the law of attraction. This is “The law of anti-attraction.”

Possessed by Devils in The Law of Attraction

Fundamentally, devils and evil spirits are shapes after-death of humans who had the negative mind. Currently, many people are easier to go to hell or wander into this world as souls after death because many already lost sight of their true minds or the spiritual essence of human beings when they were alive in this world.

Thus, this situation is not just someone else’s problem.
They usually stay long at various hells, and they still have an attachment to money, right, people, houses, and places in this world because many of them do not recognize their death. Hence, if they find a person with the same negative wavelengths or mindset, they will possess the person’s body.
And they dominate humans’ minds and make them be puzzled about justice, and they control their minds to carry out bad things.

Practice ” The Law of Anti Attraction”

The situation that is obsessed by devils or evil spirits is common in the invisible world.
The law of attraction works with all situations about good and also bad things.

Thus, I tried removing devils and evil spirits from the body of a person like possessed by them as exorcists. This way is the opposite way of “The law of attraction.” That is to persuade with positive ideas and irradiate positive light to devils and evil spirits directly. I can beam positive light and healing power given by God to a person who has negative or devils, etc., to improve. The distance, place, situation, and time are not related to anything.

They have only the option to run away because being irradiated by the positive light or positive word is the most hateful thing.
A person possessed was recovered by them from suffering, but this situation is temporary. I eliminated them from a person’s body, but if a person continues to have negative minds, a person will call for them again. Thus, a person who recovered should improve their mindset from negative to positive quickly about maintaining a positive mindset for a long time.

The Way of Improving Minds

First of all, improving from negative to positive minds is cleansing minds by self-reflection from looking back over the past. And it is important to continue to polish minds to accept unknown power or healing energy from guardian angels or God.

Moreover, it is most important to be optimistic for the future, stay positive, always contribute to helping someone, and believing in God strongly.
If a person could do so, they will start to be supported by the guardian angel or God instead of being possessed by devils and evil spirits.

I have confirmed these facts by experience on the various ways of being removed devils and evil spirits.
The law of attraction is that the same wavelengths of each other attract the same or similar things. Therefore, I carried out opposite this law. Positive things dispel negative things.

It can Adapt “CoronaViruses Cases”

This way of thinking can also adapt to the new coronaviruses cases or other illnesses definitely.
People who maintain positive minds or believe in God strongly will not get severe viruses.

As you well-known, Florence Nightingale, a woman of professional nursing cares for many patients. Despite the period when tuberculosis prevailed, why was she never infected with any viruses? Because she strongly believed in God and had positive thinkings.

On the other hand, people who maintain negative minds or do not believe in God will get severe viruses unless improving minds from negative to positive. It is not a good thing to fear infections because people who have fear will have negative minds. The mind having will fear attracts viruses.

Moreover, If you have solid and genuine faith, it will be no problem, but there is a level in the trust, to be honest. If you had an infection, you need to doubt your faith. Have you given “love” to others although you have suffered your life?

Let’s Not Be Chosen As a Virus

Viruses also select the person who can increase and dominate easily. Hence, we need to improve our minds to be positive so that the viruses will dislike us and not become their favorite.
Everyone will never waste money on treating illnesses to improve minds from negative to positive because it depends on the strong will, efforts, and beliefs. Because everyone can do improving minds anytime, anywhere, without having something.