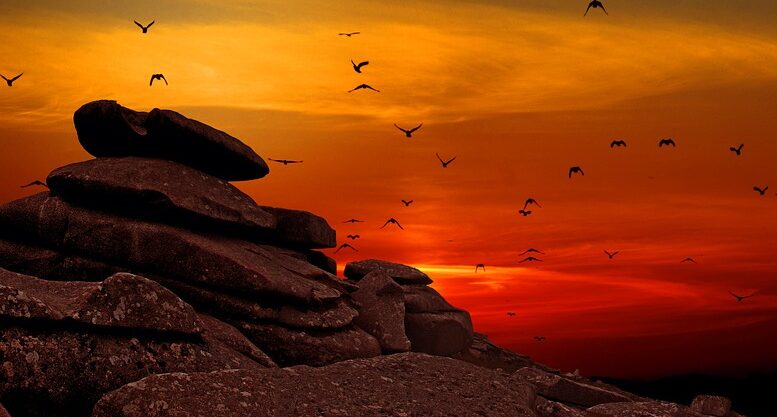 The wrong interpretation of the teachings causes the increase of people who avoid religion, especially the teachings that do not match modern society also exist currently. Therefore, those who lose faith are increasing.

How does a New Religion Originate?

When new religion originated, religious leaders or mediums experience encountering many spiritual phenomena and gain spiritual gifts and unknown power. And they convince themselves of the existence of God through communication with the original God.

Many in the next generation will believe in the content written in the bible or sutra, etc., without a doubt and have faith and practice to pray, especially fundamentalists who strictly protect and maintain all original teachings also exist.

Are the Teachings Absolutely Right?

However, there is a difficult issue here.
At first, when religious leaders or mediums could gain spiritual messages as teachings from the original God, there is a question of why all teachings are perfectly right, even if that was Jesus, Muhammad, and Moses.

I think they will lose self-control when sudden changes occur because the devil targeted them. The devils always control their minds. Thus, it is important to connect with God with steady nerves.

All of Us Can not Ignore the Existence of Devils

However, sometimes, the devil comes to disturb. The devil is very good at tricks using impersonation techniques. Even if that is the right content, the devil can skillfully intervene partially in different contents in all teachings. Thus, the devil’s words may include many bible and sutra, and it will be easier to interpret the devil’s favorite words.

It is straightforward for the devil to intervene in this world because they exist in hell in the fourth dimension next to this world and the devil can disturb easily interrupting between them and God.

Meanwhile, the greatest God on the earth always exists in a super high dimension in the ninth dimension. This God advised and supported them when the new religion originated, for instance, when Jesus, Muhammad, and Moses, etc., originated each religion.
They called each different names, such as the father’s God, Allā, and Yahweh, by each different religion, but those were the identical greatest gods who existed in the ninth dimension.

I am familiar with the existence of devils, evil spirits, ghosts, evil aliens, etc., because I have been communicating with them for more than 30 years. Therefore, I can describe the physical and spiritual theory because I can always connect with God, who exists more than the ninth dimension.

I also have experienced the same as them because I fought the devils many times.
For example, when I write spiritual articles or messages like these, the devils have been disturbed me because I have revealed the true spiritual world. They don’t want to reveal their existence because they always dominate human beings’ minds to possess them.

When new religions originate, true messages that Original God wanted to tell everyone through religious leaders or mediums were described through the background of culture, lifestyle, education, and many people’s mindset of that time.

However, if Religious leaders or mediums passed away before compiling teachings as a bible or sutra, the teachings gained directly as original may transform into convenient teachings that match the times. Moreover, if disciples are not familiar with spirituality and can not connect with God directly, the devils can treat them freely.

Moreover, dictators or people with power could bend interpretations of original teachings to their convenience in history.
Because those dictators, etc., were also possessed and dominated by the devils.

As you know, In fact, the dictator who is carrying out religious persecution exists currently.

Currently, those who lose faith are increasing because the reasons are that materialism, atheism, and scientism are common, and many people easily depend on scientific technology for ease and convenience.

Even more, strictly speaking, the teachings existing in the religion that originated in the past haven’t matched the current period or modern century.
Furthermore, that is unbelievable that the teachings that forgive killing many people exist.
God has never given us such teachings. I know the fact.

Many believers, such as Islam, think that they want to improve the teachings not matching modern society that have strict to women. Many believers need to maintain the teachings in the old past, but the teachings are becoming muddy because interpretation mistakes are taking over since original teachings.

Nevertheless, humans should not freely improve mistakes teachings and teachings that were not matching modern society anymore.

All should have their Mind to Go to Heaven

Thus, modern religious leaders and believers must hope that mediums or people who can gain true improving messages from the original God appear.
However, the true messenger who can tell spiritual messages from God may not appear in the existing religion.

I’m not saying which existing religion is good or bad. Naturally, all the teachings that have passed through many years will change and become a mere facade lose the substance gradually.

I want to say that it is important to have faith in God and immediately understand human beings’ essence. Thus, It is essential to have the heart to go to heaven.
Even more, all should know how to go to heaven beyond, aside from praying to God, because all should understand the essence of the “mind.”

Hurry up! Because something hard will happen to the whole planet from now on.