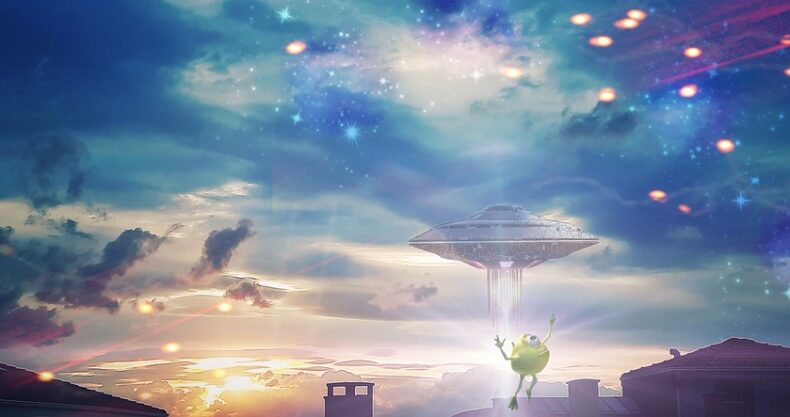 The famous devils in history and all hell’s spirits went to heaven last Christmas 2020, they left hell, and at the same time, evil aliens went to hell. Actually, extraordinary events happened in hell.

Malicious Aliens are in Hell instead of Hell Spirits

Malicious aliens filled the hell instead of hell spirits, including devils and evil spirits and ghosts.
Their population is more than three billion, and more than fifteen thousand kinds of aliens came from the entire universe.
They currently exist in the entire hell and intervene in people alive on this planet as a walk-in. A walk-in is the same mean as possession of an evil spirit and uses in aliens cases.

In fact, they did not really recognize why they came to the earth because they did not come here with their will to invade and dominate mysteriously.

Actually, I set many opportunities to meet with them as an earth window because there was an important thing I needed to tell them.
My house became the window of the arrival station to welcome them because of cooperating with my guardian angels.
Therefore, they had to line up in front of my house instantly after arriving on the earth. However, this story is the story of the fourth-dimensional world. Hence, I could confirm it using psychokinesis and telepathy, and clairvoyance.

“When we have noticed our situation, we already had arrived here,” they said.
Then I answered,” You have come here by accident, but You should not communicate with the shadowy organizations to cooperate with them in hell on this planet.”

On the other hand, these shadowy organizations composed of evil aliens have already come to the earth in the past and cooperate with the shadowy organization in the underground world of totalitarian countries on the planet to dominate and occupy the other countries and dictators or authorities members.
This evil aliens group has worked by commanded from devil’s aliens in the reverse universe to dominate and occupy the earth.

The way of dominating is that evil alien possesses in the body of people as a walk-in from hell, and they control evil people freely.
Previously, the devils and evil spirits have used quite the same way of dominance to people as aliens. However, next, the dominant power changed from devils to evil aliens completely.

Why do Many Evil Aliens Come to the Earth?

It’s because there is a principle/law of the universe called “The Law of Same Wavelengths’ Attraction.”
The law of the universe is that the character or disposition attracts the same and similar things or a person or something.
Therefore, most people with wrong ideas and behavior attract devils, evil spirits, hell spirits, and ghosts to possess them as supporters and advisers.

So many evil aliens drifting in the fourth dimension in the entire universe were instantly attracted to the vacancy of hell after all hell spirits, including devils, left.
It’s because so many evil aliens were called for by human beings. The wrong mind of human beings who were attracting hell spirits or devils summoned them, unconsciously.
Instead, evil aliens would possess the body of many people, and they would enjoy having wrong ideas and behavior using the human body and their will.

All People should Understand Working the Law of the Universe

Specifically, the person who has a good idea and behavior attracts a good one and vice versa.
For instance, the person who has a bad idea attracts devils from hell and possesses devils in the body as supporters and advisers of bad behaviors. In short, the devils dominate the evil person from the invisible world, but if the person does not believe in the spiritual world or God, it is easier for the devils to control them.

This main mistake is caused by the humans’ mindset of being too attached to substances, people, houses, and power in this 3D material world.
Nowadays, beliefs in materialism, atheism, skepticism, agnosticism, communism, or totalitarianism are expanding.
Most people lost sight of the importance of the “mind” and lost the essence that human beings are spiritual existence.
Moreover, they can not have the mindset to accept another world or reincarnation because they believe and depend on materialisms’ scientific technology, money, and power too much.

Those main mistakes would cause the earth to reset as a result, as well as so many people attracted evil aliens through the law of the universe. However, as usual, many people, after death, would go to hell as souls. Thus, human’s new souls and evil aliens gather and form a new hell world in hell.

Shocking News! Part’1 “The Miracle in Hell” ←←←to Go back