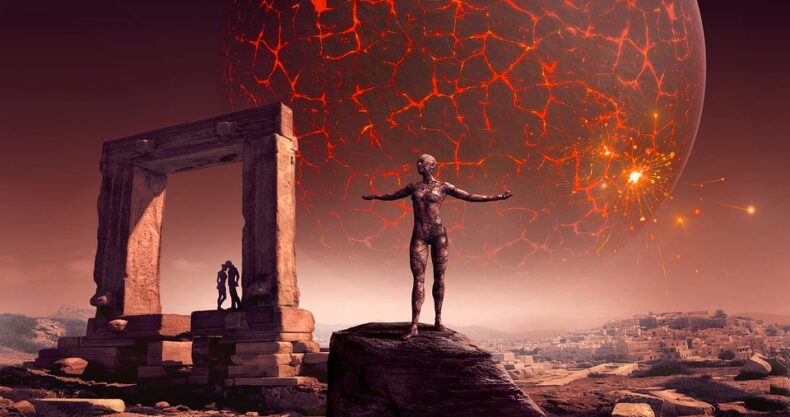 The threat of humankind is “ignorance” that not knowing anything about truth. Especially, this time’s theme is about the ignorance of the true existence of extraterrestrials.

The Contradicted Idea about the Existence

On the other hand, ​I think it is an arrogant mindset that only earth’s humankind exists in the vast universe, and it’s not easy to prove that other intelligent life forms exist on the countless planets.

Ignorance not to Believe the Invisible World

One of the ignorance is that many researchers, experts, and nations consequently regard the threat of UFOs or aliens coming from the other planets.
That means Aliens are considered a threat and an enemy of our countries like a terrorist and as the visible enemy.

However, we will never discover the truth as long as we have this way of belief.

The big problem is that we can’t make sure of the existence of extraterrestrials. It originated from can’t believe in the invisible world like heaven or hell because we depend on the high Scientific technology of materialism.

Many Evil Aliens coming to the Earth

However, I have been researching and studying these facts for more than 30 years so far because I could develop my potential spiritual abilities.

I could understand these conditions and situations in which extraterrestrials exist because I can specifically communicate with wandering souls in hell using telepathy.
In addition, I am familiar with hell because I’ve saved many ghosts and evil spirits.

I know that many evil aliens are coming to the earth to invade humankind’s minds and attempt to conquer this planet.
The various aliens already existed and established the darkness organizations of china in the fourth dimension and have assisted the real darkness organizations of this world.
They attacked me because I wrote and revealed books about aliens who existed in the fourth dimension of the earth.

Meanwhile, good aliens are also coming. They are in the same place as heaven after the 5th dimension.
Therefore, a good alien can freely move between dimensions to the extent of recognition. Those who can go to the higher dimensional world have better cognitive ability. The same can be said for spiritual beings.

In addition, a part of the 4th dimension is the entrance of heaven. It’s like a hospital. In here, they will cleanse your soul and mind before you can have an entrance to heaven. In the Christian world, they call it “purgatory.”

Aside from this area, the remaining area next to this 3d material world is called hell.
Currently, this hell has many evil aliens and evil spirits, etc.
And they possess and control persons, substances, and houses from hell.

Good aliens and evil aliens, both aliens always exist in another world where humans can’t see them with their naked eye, and sometimes, for instance, they appear to this world from another world as UFOs.

I will tell you about this in another opportunity because it is an unprecedented story.

Why are Human Beings Can Easily Become Ghosts After Death?Next post